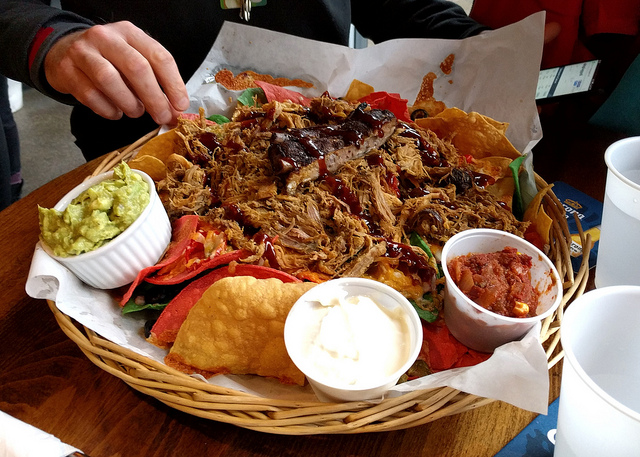 Over twenty years ago, the first Nacho Mama’s opened up its doors in Canton, with the slogan “Where Bawmer meets Mexico.” Three weeks ago, the second Nacho Mama’s made its debut in Towson, with all of the charming local touches that made the original location such a hit.

There are still portraits of Elvis all over the walls and margaritas served in hubcaps. There are still Journey sing-a-longs at 10 p.m. every evening, and a plaque honoring the Century Club, a group of customers who have finished 100 Natty Bohs, on the wall. The menu at the new Towson location builds on the successes of Canton, with a selection of local standards like crab dip, jerk wings, chicken Chesapeake, as well as Mexican street food like tacos, burritos, and quesadillas. Early reviews suggest that the chicken Chesapeake quesadilla and el diablo margaritas are the most popular menu items so far, but you’ll have to visit to make the final call for yourself.