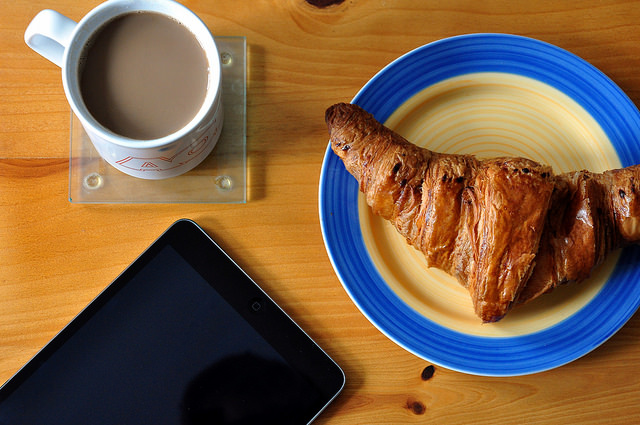 A Celebrity Baker Brings His Skills to La Cakerie

Cake Wars, Cupcake Wars, and Cutthroat Kitchen are just a few of the TV shows on which Jason Hisley, the owner of La Cakerie, has demonstrated his superior baking skills. Although the stakes were slightly higher in front of this national audience, Jason takes just as much pride in crafting decadent desserts on a daily basis at La Cakerie.

He heads up a team of seasoned pastry chefs, cake artists, and bakers who can create just about any confection you can imagine. That means a chunk of their time is spent crafting cakes for weddings and special events. However, just as much time is dedicated to keeping the bakery case stocked with sweets. Grab a croissant filled with chocolate, a specialty doughnut, or a gooey cinnamon roll and enjoy it with a cup of joe from Zeke’s Coffee in Baltimore.